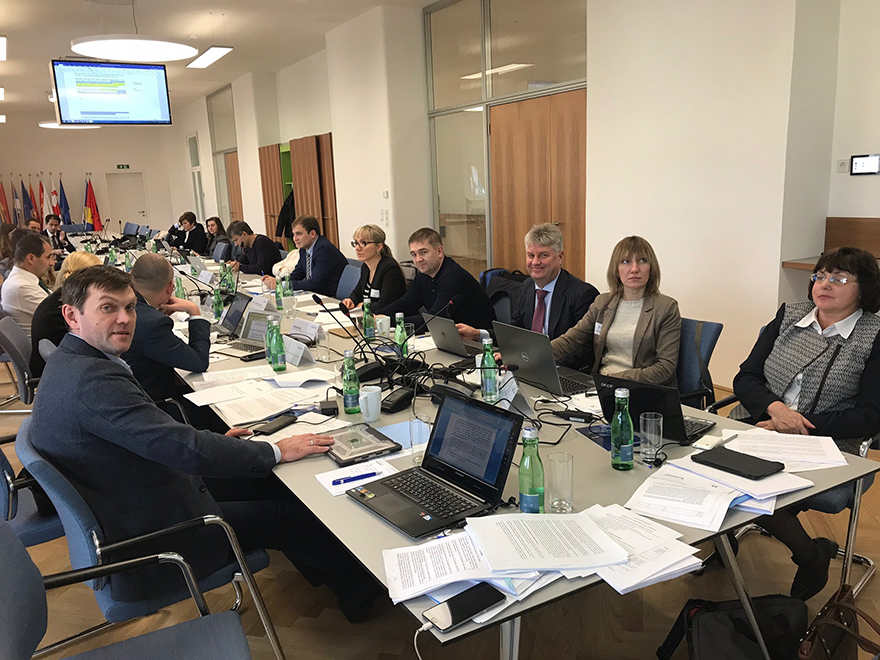 In January 2018 Andriy Konechenkov, UWEA Board Chairman, participated in the discussions on the draft law „On Renewable Energy Sources” held at the Energy Community meeting in Vienna, involving the Ukraine Parliament members, representatives of such state bodies and organisations of Ukraine as: Ministry of Energy and Coal Industry, National Energy and Utilities Regulatory Commission, State Agency on Energy Efficiency and Energy Saving of Ukraine, Anti-Monopoly Committee of Ukraine, SE „Energorynok” and SE „NEC „Ukrenergo”. Representatives of EBRD also participated in the event. Ukrainian delegation was headed by Oleksander Dombrovsky, First Deputy Head of the Verkhovna Rada Committee on Fuel and Energy Complex, Nuclear Policy and Nuclear Safety.

RE auctions to replace the „green” tariff scheme were heavily discussed at the meeting; in particular, the possibility of conducting a demonstration auction for solar projects in the Chernobyl Exclusion Zone in 2018.

The Draft law was developed by Verkhovna Rada Committee on Fuel and Energy Complex, Nuclear Policy and Nuclear Safety jointly with the Secretariat of the Energy Community. However, it would seem premature to amend the RES laws of Ukraine in that respect – such position was expressed by the Ukrainian delegation in Vienna.