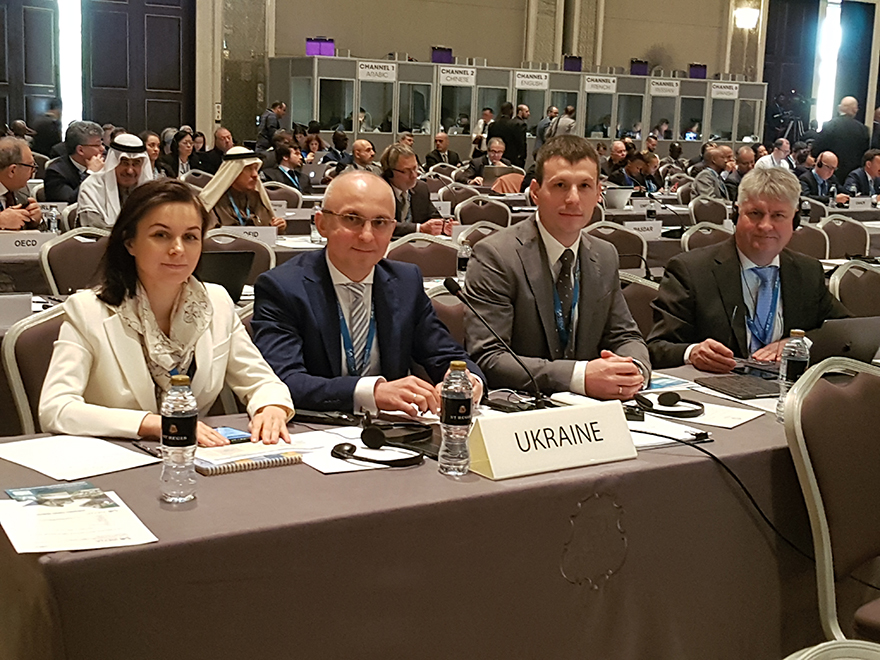 The eighth session of the Assembly of IRENA took place on 13-14 January 2018 in Abu Dhabi, United Arab Emirates. Over 1200 participants representing more than 150 countries, including Ukraine, took part in this event.

The Assembly is the Agency’s supreme decision-making body and brings together Heads of State, Ministers, government officials, and representatives from the private sector, civil society and other international organisations to reaffirm the global renewable energy agenda and make concrete steps to accelerate the global energy transition.

The eighth session of the IRENA Assembly launched the Global Commission on the Geopolitics of Energy Transformation. Supported by the Governments of Germany, Norway and the United Arab Emirates, the Global Commission will study the geopolitical implications of the surge in renewable energies in the context of global efforts to combat climate change. The members of the Commission will explore how renewable energies are changing the dynamics of cooperation and energy trade between nations.

Sergey Savchuk, Chairman of the State Agency on Energy Efficiency and Energy Saving of Ukraine (SAEE) headed the Ukrainian delegation at the eighth session of the IRENA Assembly. The delegation also included: People’s Deputies of Ukraine Alexander Dombrovsky and Natalia Katser-Buchkovskaya, Ambassador Extraordinary and Plenipotentiary of Ukraine to the UAE Yuri Poluserez, Chairman of the Ukrainian Wind Energy Association Andriy Konechenkov, Director of the RE Department of SAEE Yuri Shafarenko and employees of the Embassy of Ukraine in the UAE.

On 18 January 2018, a press conference devoted to the participation of the Ukrainian delegation at the Eighth Session of the IRENA Assembly took place in Kyiv.